Superior Court RALJ and other appeals 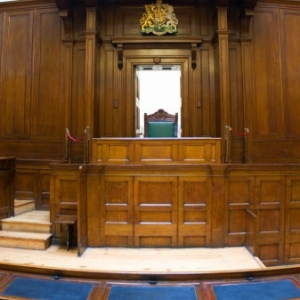 One of the most commons calls I get is from a driver who tells me that a police officer issued a ticket and he or she wishes to fight the ticket. At this stage of a case, the driver can fight the ticket by what lawyers call "contesting" the ticket. In fact, an experienced traffic attorney can be very helpful in helping an individual save money on insurance premiums and keep their driving record clean. Unlike contested hearings, however, when the hearing happens after a ticket is issued, appeals are different because appeals occur after a contested hearing has concluded.

In an appeal, the driver has already lost at the contested hearing stage and the driver is now appealing the adverse or bad decision because the driver does not agree with the judge’s decision. Not just any bad decision can be appealed, but rather appeals are usually based upon a decision that results in final judgment.

Understanding the Appeals Process and How an Attorney Can Help

At the Law Offices of Jon M. Zimmerman, we handle all levels of appeals of traffic offenses, from appeals to the Superior Court as well as to the Court of Appeals and the Washington Supreme Court.

A contested hearing is like a little mini-trial where a judge presides over the case and the judge makes a decision. In criminal traffic cases, a judge and/or jury might preside and judges and juries split certain legal and factual decisions. Once final judgment has been made, the driver can appeal.

In the State of Washington, every driver who loses a contested hearing or a criminal trial in a district or municipal court can appeal the decision to Superior Court. This first appeal is known as an appeal as of right. Also, certain adverse administrative decisions, such as some license suspensions and revocations from the Washington Department of Licensing (DOL), can also be appealed. An appeal from a district or municipal court is called a RALJ appeal, named after the set of rules that govern appeals from lower courts to the Superior Court. If the decision is from the DOL, other appellate rules apply, but the appeal is often to the Superior Court. After the Superior Court, only certain types of decisions can be appealed to Washington State’s appellate courts, the Court of Appeals and the Washington Supreme Court.

Attorney fees in appeals are usually significantly higher than for contested hearings and, in some instances, criminal cases at the trial level because appeals usually involve a lot of writing called briefing. An attorney also has to review the record of proceedings in the lower court in order to identify error (an issue or issues that call for reversal of the lower court on appeal); briefs need to be drafted; usually oral argument needs to be made. However, usually the cost of doing nothing is much greater than the financial downside to an appeal.

Despite what often amounts to a greater amount of legal work in an appeal, appeals are necessary for several reasons. First, we want to be able to reverse judges who make bad decisions, and appeals make this possible. Second, often times lower court decisions can have awful consequences, such as sending people to jail, suspending or revoking a driver’s license, or terminating employment. We want to be able to protect good people from bad decisions, and allow people to avoid these terrible consequences if the law and justice allow bad decisions to be reversed. Third, sometimes cases that are similar result in inconsistent and disproportional decisions. Appeals and their decisions allow for greater uniformity and consistency in future cases.

Because appeals involve strict deadlines and procedures that are not always easily understood by lay people and some attorneys alike, it is important that a driver who is thinking about appealing an adverse judicial or administrative decision contact an attorney experienced in traffic offense appeals immediately in order to preserve the driver’s rights.