Writs of Mandamus and Prohibition 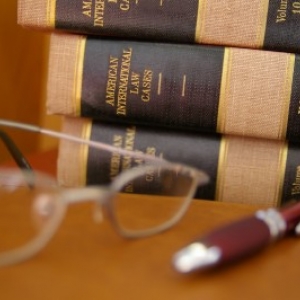 What is a Writ and How Does it Differ From an Appeal?

A writ is a formal order issued by a court, after a person applies to the court for a writ and usually after a hearing. A writ is distinct from a trial court decision because we often have to wait a long time for certain decisions and writs do not only issue from trial court judges. A writ is also distinct from an appeal because an appeal happens after a decision or final judgment; a writ, however, can conceivably occur at any time. The relief one asks for in an appeal is usually some legal relief envisioned by law; the relief asked for in applying for a writ is equitable because in such a request for relief, no remedy at law will suffice.

Another big difference between a writ involving a matter where the underlying issue is a matter in RCW 46, the vehicle code, and an appeal, is that with a writ, a client may be able to recover from the adverse party his or her attorney fees; in an appeal of a traffic case involving RCW 46, getting one’s attorney fees paid is prohibited. One similarity between an appeal and a writ is that both can involve a lot of attorney time.

How an Attorney Can Help

The Law Offices of Jon M. Zimmerman have successfully obtained show cause orders and writs of behalf of our clients. We also work with other attorneys who wish to obtain extraordinary relief for their clients in unusual and often critical situations.

Writs often occur after a bad decision is made, but this is not always the case. Sometimes people charged with making decisions fail to do something by doing nothing (dragging their feet, so to speak), or sometimes decisions are made by people with no power to make them.

We can help in situations where an appeal or other hearing is not necessarily the appropriate course of action and instead, the equitable nature of the situation calls for a writ of mandamus, prohibition, or such other remedy as justice may require.