Driving with a Suspended/Revoked License 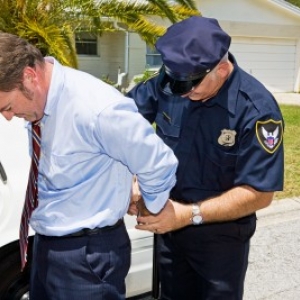 DRIVING WITH A SUSPENDED LICENSE OR REVOKED LICENSE

There are three degrees of this criminal offense. In Washington, driving with a suspended license is the most charged criminal violation. Thousands of drivers are stopped and later charged with DWLS in the third degree. Driving with a suspended license in the third degree is usually a result of a person’s driving when he or she has ignored a traffic ticket, not filed proof of insurance with the Department of Licensing when required to do so, or violated certain terms of an intermediate driver license. While not a finite list, the above circumstances are a few of the reasons that will result in a criminal charge of DWLS-3.

Because DWLS in any degree is a criminal offense, there is great value to trying to keep the ticket from affecting criminal and traffic records.

DWLS in the second degree is even more serious. Unlike DWLS-3, a misdemeanor, DWLS-2 is a gross misdemeanor (for the difference between the two, see below). DWLS-2 usually occurs when a driver license is suspended or revoked, but the driver’s license is not eligible to be reinstated.

Driving with a suspended license in the first degree is the most serious of DWLS offenses, and typically occurs when a person operates a motor vehicle while under an order of revocation under the Habitual Traffic Offenders Act, RCW 46.65. DWLS-1 is also a gross misdemeanor, but the penalties are higher than DWLS-2 and DWLS-3.

The penalties associated with driving on a suspended license include jail, monetary fines, and, in some cases, further suspension and revocation of a driver’s license.

While these penalties are what the government imposes, convictions for DWLS can have occupational and social ramifications, resulting in the loss of employment and other benefits.

Do not wait until the last minute and hope that the case will go away or that a judge will be lenient. While judges can sometimes be lenient, the Washington Legislature has decided to create mandatory minimum penalties for certain offenses, which results in less discretion for judges. Before a judge must sentence you to jail, it is critical to seek the advice of a qualified and experienced attorney who can help in coming up with a game plan to meet your goals of staying out of jail and keeping your money.