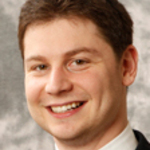 In late December 2012, the Washington Supreme Court revisited the issue of a "sham traffic stop" in State v. Arreola (Wash. 2012). But before I get to what our state Supreme Court said in Arreola, a few words of introduction are necessary.

We have all had the experience of driving a car with the unfortunate company of a police officer trailing behind us. When we notice, we flash our eyes towards our review mirror hoping we have done nothing to get ourselves pulled over. Questions race through our mind:

Needless to say, our anxiety is injected with steroids when being followed after a late night out in any of the areas which I fondly characterize to DUI clients as "Shark Infested Waters" (Fremont, Greenlake, Highway 167, I-405 near SR 520, and of course, anywhere near the Belltown area of Seattle). In reality, the vast majority of DUI arrests originate from what I like to call the "sham traffic stop," traffic stops which allow police to get a sniff of any driver between the hours of 11:00 p.m. and 4:00 a.m. The law calls it a "pretext stop."

Pretext Stop and the Mixed-Motive Stop

The United States Supreme Court has long recognized that pretext stops are lawful so long as there is actually a traffic infraction, such as speeding, committed. Washington State, on the other hand, outlawed pretext stops when the Washington Supreme Court decided State v. Ladson, 138 Wn.2d 343, 979 P.2d 833 (1999). Despite this holding, DUI task forces have been doing exactly what Ladson prohibits: "sham traffic stops." The biggest offender, Target Zero, has been patrolling Fremont/Ballard for years, trying to yank every driver off the road to get a quick sniff. These sham traffic stops could survive judicial scrutiny because the arresting officer would simply testify that these stop and sniffs were traffic stop and nothing more.

Interestingly, in State v. Arreola, a law enforcement officer actually testified that a DUI investigation was the primary reason for stopping a driver for a muffler violation. In reversing the driver's conviction, the Court of Appeals held that this intrusion violated the driver's privacy rights. In the months following, our office was inundating local prosecutors with motions to dismiss every Target Zero and Seattle Police DUI Squad cases based on sham traffic stops.

In late December of last year, the Washington Supreme Court weighed in on this issue. Justice Steven Gonzalez, in his first published decision, reversed the Court of Appeals.

The Washington Supreme Court upheld the Ladson rule, but a new creature emerged: the "mixed motive traffic stop." The Court defined a mixed motive traffic stop as an "investigation of either criminal activity or a traffic infraction." With all due respect to our Supreme Court, it's difficult to accept Arreola with our existing legal precedent. In reality, we all commit countless infractions in our cars every day; usually we are only cited for the ones that are egregious. Any officer, if they really wanted to, could pull us over in a matter of seconds. If we accept that our privacy is compromised every time we get behind the wheel, then we should not be concerned by the Arreola decision. Of course in that case, be prepared to be pulled over in Shark Infested Waters otherwise don't venture out.