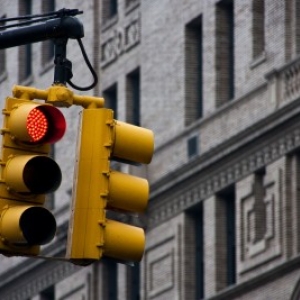 While this website covers speeding, HOV, failure to yield, and a few of the dozens of traffic offenses that a driver can be issued in the State of Washington, there are a few things that drivers would do well to keep in mind. When evaluating whether to fight a ticket for a traffic offense, it is imperative to keep in mind what kind of ticket or offense with which one has been charged and what the penalties are.

Typically a moving offense is one in which a driver has to be operating a vehicle or have control over such operation in order to get a ticket. Most moving violations affect a person’s insurance and driving privilege, but there are exceptions.

With any traffic offense, the most important inquiries are to determine what all the penalties are for the offense, and what can be done about it.

A NOTE ON TRAFFIC CAMERA VIOLATIONS

While drivers and owners of vehicles cannot ignore a ticket, at the present time violations that are a result of an automated traffic camera are not treated as violations that affect a driver’s privilege to drive and the driver’s insurance. While these effects might change over time, there appears to be no movement in the Washington Legislature to treat traffic camera tickets like standard, officer-issued tickets.

The Law Offices of Jon M. Zimmerman typically do not engage in the representation of owners who have been issued traffic camera tickets except in very limited circumstances. We caution readers to be careful of law firms and others who purport to “save” clients money through actual or perceived representation in traffic camera matters.

Being arrested or being issued a traffic ticket can be a startling experience. An experienced traffic attorney can save drivers time, anxiety, and money in evaluating cases and working to achieve desired outcomes.