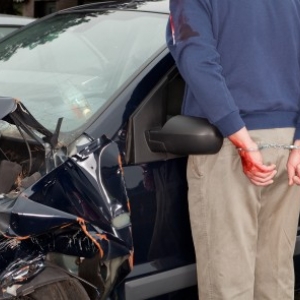 Driving Under the Influence in Washington State:

RCW 46.61.502 criminalizes driving a motor vehicle under the influence. A driver charged with driving under the influence (DUI) can be convicted if the driver is affected by alcohol or any drug or if, regardless of whether the driver is actually impaired, the individual drives a motor vehicle with .08 grams of alcohol per 210 liters of blood or breath, measured within two hours of driving.

In Washington State, DUI is classified as a gross misdemeanor, meaning that it is punishable by a maximum of 364 days in jail. DUIs carry a mandatory jail term; even where the person convicted of DUI has no prior DUI convictions or charges. On subsequent offenses that occur within seven years of each other, the mandatory minimum is exponentially increased. For example, a non-aggravated DUI carries a 1 day mandatory jail sentence on the first DUI offense, 30 days on the second, and 90 days on the third. An aggravated DUI carries a 2 day jail sentence on the first, 45 on the second, and 120 on the third. In virtually every case, those convicted of DUI are sentenced to five years of probation.

DUI convictions also have a significant impact on a person’s privilege to drive within the State of Washington as well as to Canada. Even the arrest itself triggers a minimum ninety-day license suspension by the Washington Department of Licensing (DOL), unless successfully challenged. To reinstate the license following the suspension period, the license holder must file proof of SR-22 High Risk Insurance with the DOL for a period of three years. Upon an actual conviction, additional licensing restrictions ensue. One of the most cumbersome consequences is the imposition of an ignition interlock device requirement on all vehicles a person drives.

A first offense DUI, regardless of severity, will force a person to drive with an ignition interlock device for a period of one year; a second offense will require five years; a third offense will require ten years. The most unbearable consequence of a DUI to many is that a DUI conviction will mar a criminal record forever; it can never be vacated or expunged.