While many states have departments of motor vehicles, in Washington State the state agency that gives and takes away drivers licenses is called the Department of Licensing (DOL).

The DOL, with headquarters in Olympia, is an enormous state agency that performs a lot of different functions. For Washington residents, the DOL issues ID cards and driver licenses. The DOL, hundreds and sometimes thousands of times a day, also suspends, revokes, and cancels driver licenses. The DOL doesn’t show up at your door and ask for your driver’s license; rather, the DOL takes administrative action by telling a driver when the driver can and can’t drive. These administrative actions can include time of day restrictions, location restrictions, as well as entirely restricting a driver’s privilege to drive.

While there are many reasons for the DOL to take away a driver’s license, drivers have a property and personal interest in a license to drive. Having a driver’s license can affect a person’s employment, relationships, and livelihood.

Before the DOL can take away a driver’s license, the DOL needs to follow certain steps and procedures. However, the steps the DOL needs to take vary greatly depending on the reasons the DOL decides to take action against a driver. Similarly, a driver’s rights vary depending on the type of action the DOL takes. An attorney experienced in dealing with the DOL can determine if procedures were followed in a particular suspension or revocation case and create an action plan to help a driver maintain a driver’s license.

WHAT IS A SUSPENDED LICENSE?

A driver's license can change from active to suspended status for several reasons. Sometimes an unpaid ticket can suspend a driver's license; other times a driver has too many traffic tickets on the driving record; in other cases a criminal conviction can suspend a driver (sometimes even an arrest can trigger a suspension); and still in other circumstances the DOL might take action due to what the DOL deems a threat to public safety. Typically a suspension is temporary in nature and a driver can get reinstated after fulfilling a number of requirements. While temporary, not all suspensions are short; some suspensions can last in excess of a year.

WHAT IS A REVOKED LICENSE?

While having a suspended license is serious, a revoked license is even more serious because the consequences are more severe. When the DOL revokes a driver’s license, a driver is prohibited from driving for several years and sometimes forever.

Because of the serious consequences of a revoked license, a driver is entitled to a hearing. However, a driver must take steps to get a hearing and this must be done quickly. For more information on hearings for drivers whose licenses are in the process of getting revoked or for drivers whose licenses have already been revoked, see the page on Habitual Traffic Offender (HTO) Representation and Hearings. 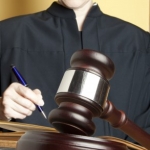 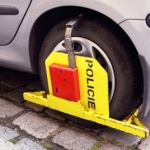 In Washington State, the DOL labels thousands of drivers each year as Habitual Traffic Offenders (HTO). 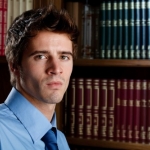 Suspended licenses often have two components: a civil part and a criminal part.